PELUM Eswatini has partnered with the SNPAS (Strengthening the Protected Area System of Swaziland) project of the Eswatini National Trust Commission (ENTC) to conduct a tree planting activity in selected parts of the country.

A forest is considered to be a carbon sink if it absorbs more carbon from the atmosphere than it releases. Carbon is absorbed from the atmosphere through photosynthesis, it then becomes deposited in forest biomass (that is, trunks, branches, roots, and leaves), in dead organic matter (litter and dead wood) and in soils.

The extinction of indigenous trees has become a problem in some parts of the Kingdom of Eswatini, which is why PELUM Eswatini through its member organizations to plant 3000 trees in selected communities across the country. This initiative is one of several activities under the SNPAS project which is housed at the ENTC and it shall have a strong impact on the environment, and climate change which is some of the factors that play a huge role in agriculture. This initiative will also introduce a carbon sink plant in some parts of the country which are already extinct. Planting trees and conserving forests is an important step towards reducing our carbon footprint, but it won’t do the job on its own. 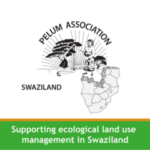